Special thanks to DEQ, ESA, and Verde, whose text was adapted for this blog; additional thanks for included photos.

Portland’s Cully Park has been open to the public for over two years now, giving the neighborhood (once Portland’s most park-deprived) a place to gather and play. We’re so proud to be a part of the team that brought this project to life, and we’re really excited to be a part of the park’s next chapter. Read on to learn more about this space’s history.

The site that is now Cully Park was originally home to a mining operation in the 1950s. After the cessation of mining activities, the 25-acre site was used as a special waste landfill and was closed in the early 1990s. Eventually, the landfill owner filed for bankruptcy, and the site was orphaned. In early 1999, the Oregon Department of Environmental Quality (DEQ) determined that conditions at the property presented a substantial and imminent threat to human health, and the agency began mitigation efforts. 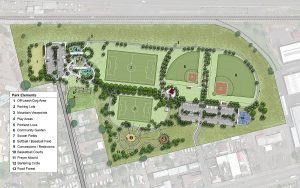 A Plan and Partnership

In 2008, Portland Parks and Recreation (PP&R) completed a Master Plan for Cully Park, to be built on the site after mitigation. PP&R and Verde (a social enterprise, outreach, and advocacy non-profit organization), working as a public-private partnership, raised over $13 million for the park’s construction to transform the former landfill into a community park.

Initial technical studies included geotechnical evaluations to understand the unique conditions of building on a landfill (methane extraction/operations and differential settlement) and research into landfill development precedents. Small details, such as preventing methane from traveling through play equipment pipes, were carefully considered. 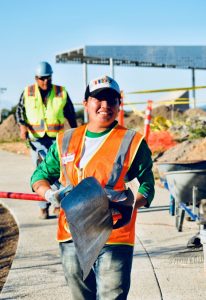 The soil cap thickness and low-permeable liner also dictated utility and foundation depths during the design. To help reduce differential settlement, the design team initiated a two-year soil stockpiling program to pre-load areas of the landfill where structures were planned.

Through the partnership of PP&R & Verde and the hard work of a diverse and talented team, this former landfill was transformed into a vibrant 25-acre community gathering place, which opened in June 2018. Cully Park features a playground, trails, fitness course, picnic areas, youth soccer field, Native Gathering Garden, community garden, dog park, and habitat restoration. The entry road was rebuilt as a green street. These investments have dramatically improved the Cully neighborhood surrounding the park.

Cully Park’s development isn’t over. Phase two of the project is currently in the planning 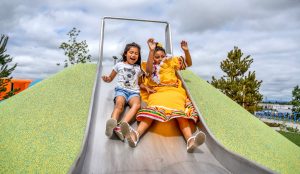 stages and will include additional sports fields, a concession stand, an additional parking lot, basketball courts, and off-site street improvements for better park access. The main park area will remain open during construction.

Awards: The development of this former brownfield site received the Oregon Brownfields Redevelopment Award in 2018 and the People’s Pick Award for best project poster at the National Brownfields Conference in 2019