This Medium is the Message

One of the most beloved, seminal works of film noir from 1956 is Invasion of the Body Snatchers. This original version, in black-and-white Superscope, is studied by film, sociology and political-science students alike. Sixty-four years later, it rings prescient in the era of the novel coronavirus (COVID-19). Although the film ostensibly has a sci-fi alien-invasion theme, the emphasis of subsequent study has been the political environment of that time—the fomenting of McCarthyism.

The paranoia of that era is captured with exaggerated emotions toward the necessity for society suddenly to adapt to changes that were invisible and incomprehensible. The underlying sentiments were distrust of each other, of authority, of government and of medical science. Notably, authorities deliberately obfuscate the truth of the situation, lulling the townspeople into thinking things are all right and causing people to doubt what they’re experiencing. As Dr. Miles J. Bennell exclaims in Body Snatchers, “It’s a malignant disease spreading through the whole country!”

I had always preferred that original version, but, during the recent stay-at-home period, I rescreened the 1978 version. I appreciate it much more now. Perhaps the more realistic special effects, the color, the all-star cast and the heightened suspense of the 1978 Body Snatchers make the story more relevant to me now, as we begin to reenter society with suspicion and dread. The visually graphic remake leaves less to the imagination (as so many modern horror films do), and the depictions of human cruelty are stomach turning.

I was reminded of the film as I have watched hours of COVID-19-related news. This connected my understanding of the film to many current societal trends. I think the interpersonal interactions that occur throughout the film can inform us about what we can expect as we reenter society and the built environment, as well as how we can control our own behaviors toward each other. I, along with many other people, am concerned that our worldviews are becoming more divided over a public-health crisis that has been politicized. Dr. Bennell expressed this sentiment as he pondered his responsibility and predicament throughout the film’s existential crisis, saying, “We harden our hearts…grow callous. Only when we have to fight to stay human do we realize how precious it is to us, how dear.”

Warning: this is absolutely a spoiler! The turning point in the film is when the townspeople first come to grips with what is actually happening. “Oh my god! They grow out of those pods!” Observation of their reaction leads to my first concern—namely, that we will come to objectify people who have COVID-19 and begin to treat them with arrogance. I worry that this “us-versus-them” attitude will lead us, in our worst moments, to discriminate against people in new ways, alongside traditional vectors of discrimination.

It all starts when we have suspicion toward others, which then grows into distrust. Those sentiments begin when we are personally threatened and traumatized…when we become paranoid and project our emotions, just as Dr. Bennell did in Body Snatchers: “You’re next! You’re next! You’re next!” People thus can become isolated and marginalized as we stigmatize them, just as we’ve seen in the past, with other diseases, in society. Some of those stigmas can extend past the next months and years, as we collectively recuperate; indeed, I expect that disrespect will linger.

As a person over the age of 60 (just barely!), I am particularly concerned by this. Multitudes of younger people will be infected but will have mild cases or be asymptomatic; by contrast, many in my age group might suffer considerable, long-lasting damage even if we recover from an infection. Debilitated survivors will likewise have to suppress their own disdain for the healthy. I also wonder if there will be a sense of privilege among people who are proven to be immune, whether through recovery from infection or from having been vaccinated. Will they be perceived as superior, and, if so, will their advantage extend to business and social opportunities that might not otherwise be justified?

We In The AV Industry

Throughout these next months and years, we in the audiovisual industry will face many new challenges and opportunities both within our businesses and through our customer relationships. Our industry will continue to expand in an interconnected world in which audiovisual, security, IT and healthcare technology have no clear delineations. We will have to be diligent in maintaining the integrity of our relationships in order to uphold the legitimacy of an industry for which so many of us have fought. That diligence will manifest itself both on an interpersonal level and through the new types of integrations that we’ll inevitably design and deliver. As always, the new technologies that we devise will solve some technology problems even as they create new ones that we might not anticipate but, nonetheless, must attempt to predict.

As we physically interact with coworkers and clients, we must acknowledge the possibility that we have the potential to expose each other to an infection we might have. I have witnessed numerous people, working in service professions, who do not seem to understand that wearing a mask protects other people—not necessarily the wearer himself or herself. We must wear masks.

Likewise, social distancing must be maintained; moreover, we must heighten our awareness that this concept is not just about a minimal, arbitrary guideline such as “six feet.” Situational awareness should inform us when we are exposed to, or we’re exposing other people to, a “vapor cloud,” for instance, or when many people are touching surfaces like control panels and microphones.

We, as an industry, are just now beginning to realize the many technologies we can potentially bring to bear to mitigate situations brought on by COVID-19, such as physical distancing. This is particularly exciting. It’s a concept we should embrace, while recognizing that we’re not practicing exploitation; on the contrary, we’re truly participating in bringing society back to normal. Technologies useful to that end will include our most advanced tools and techniques: voice recognition, gesture control, facial recognition, automation, beacon sensing, wayfinding, telecommunications and many other Internet of Things (IoT) and artificial intelligence (AI) concepts.

Our technologies will be applied to the basic and essential tenets of opening society before universal vaccination and/or herd immunity have been achieved. The tenets are as follows: 1) prevent spread through handwashing, disinfecting and wearing masks; 2) identify infections through testing; 3) isolate/quarantine infected persons; and 4) contact trace. Again, Dr. Bennell understood this quite well when he explained, “Men, women and children will have to be examined. We’ve got some phoning to do!”

Some of the mitigation is on a societal level, whereas some is on a personal level. As we implement solutions and automate them, I encourage us to supplement our projects with training and information. That way, people don’t become so reliant on technology that they feel absolved of their own responsibility. We mustn’t infantilize people through technological mediation.

It’s very possible for us to reenter society and quickly forget what we’ve sacrificed over many months of self-quarantine. I hope we’ve learned to internalize the precautions that we’re taking. As in the film, we’ll emerge from this situation different. We’ll carry with us an awareness of our vulnerability…of our mortality. Appreciation of one another should be the paramount takeaway. The narrator of Body Snatchers said, “At first glance, everything looked the same.” Yes…many things will look the same to us. But there will be changes, and the invisible threat will still be present. It will be our technologies that sense and reveal this, and allow us to monitor, analyze and visualize the data.

Those of us who implement these technologies must safeguard against using differences among people—positive or negative, immune or vulnerable—to erode our interdependence and our dignity. In that way, technology must support our humanity, not diminish it. Becky in Body Snatchers, attempting to seal Dr. Bennell’s fate, screams, “He’s in here! He’s in here! Get him! Get him!” We see that he does indeed escape the nightmare, headed to an uncertain—but hopeful—future.

This article first appeared in the June 2020 issue of Sound & Communications magazine. 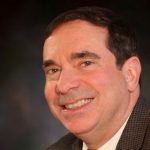 Dr. Joseph Bocchiaro is dedicated to the improvement of audiovisual industry professionalism and its increasingly vital role in the AEC industry. An accomplished writer and presenter, he has published over 100 technical articles in professional journals and has presented across 16 countries at more than 50 audiovisual and information technology conferences. Contact Joe at 617.933.9229 x325